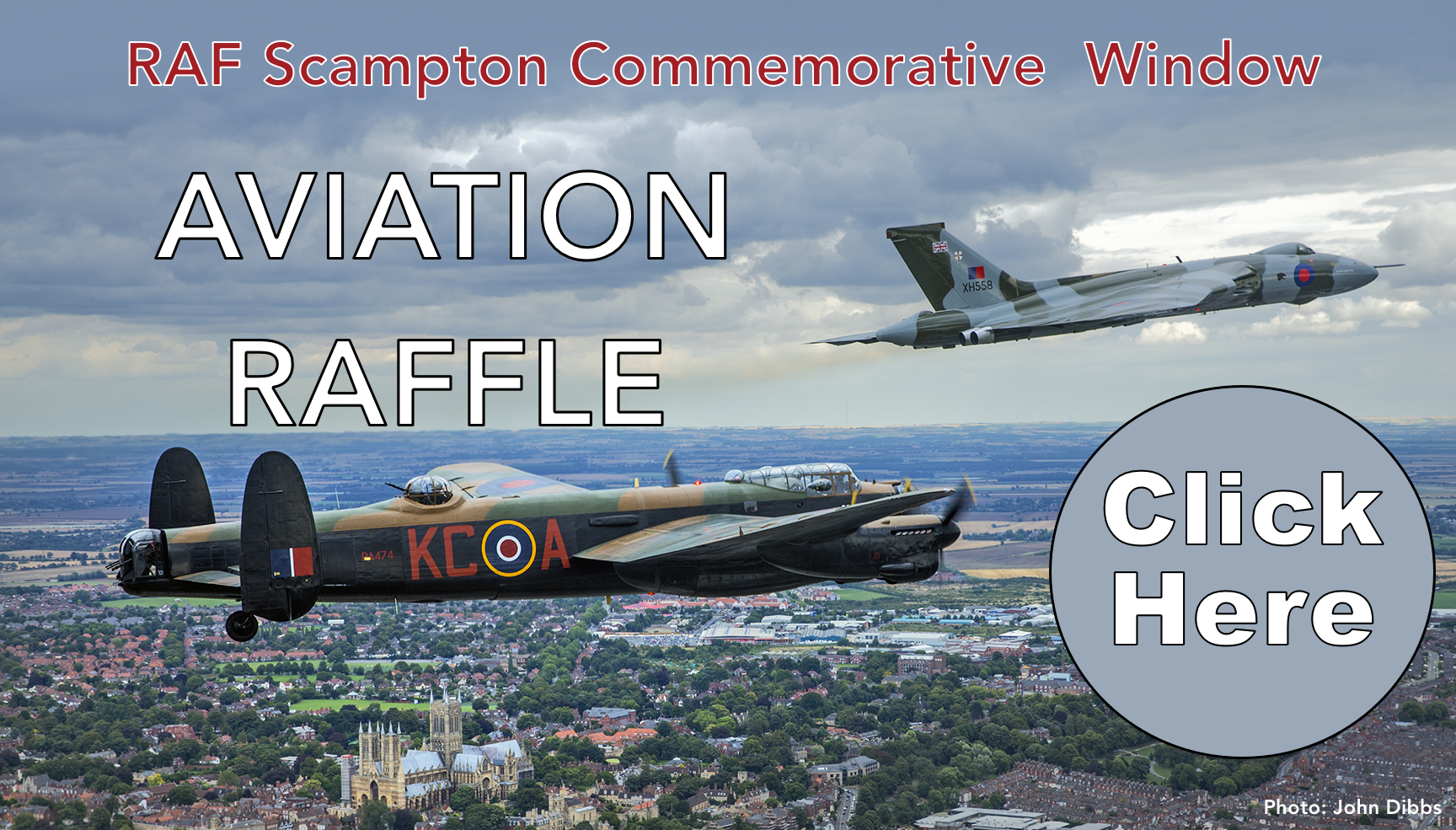 The Ministry of Defence have announced that they intend to decommission RAF Scampton in 2 years time. A suggestion was put forward at Scampton Church that a stained glass window might be commissioned to mark the relationship between RAF Scampton and Scampton Church, and thereby create a lasting memory to all who served in squadrons at the base, both in peacetime, during the two world wars and the cold war.

The following organisations have agreed to be non funding community and social media partners, in the planning and execution of the project.; RAF Scampton, Battle of Britain Memorial Flight, The Red Arrows (RAFAT), Royal Air Forces Association, RAF Benevolent Fund, The Jon Egging Trust, Vulcan to the Sky, Aviation Heritage Lincolnshire, International Bomber Command Centre, Lincolnshire Lancaster Association, Lincolnshire Aviation Heritage Centre, The Peoples Mosquito,  Scampton Primary School, Pollyplatt Primary School at RAF Scampton, and The Dambusters Inn, Scampton..
Twenty two squadrons have been based at RAF Scampton since its inception and 15 of those have squadron associations. Combine this with the 65,000 members of the Royal Air Forces Association worldwide, and the thousands of followers of the Red Arrows, then it is hoped that a carefully designed crowd funding campaign would stand a good chance of success, in securing the funds needed. 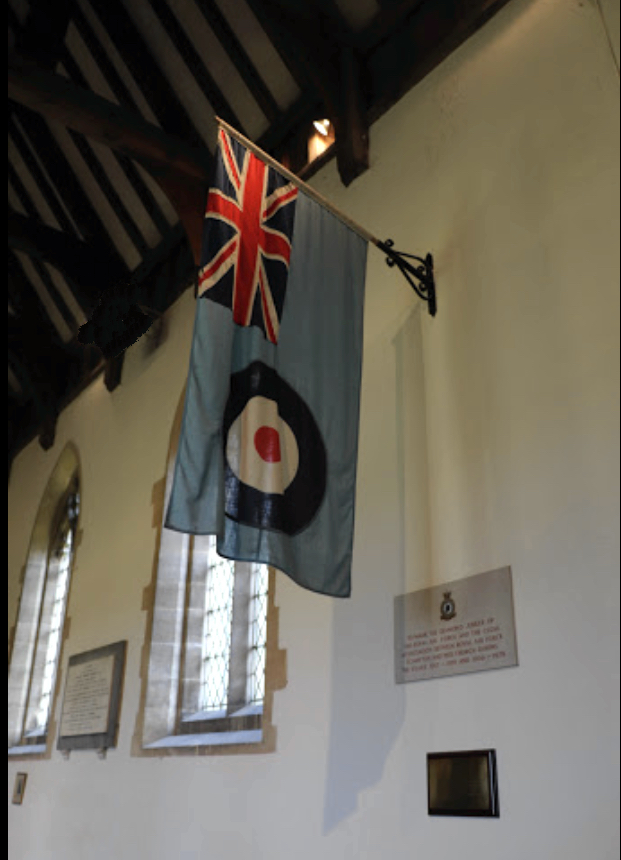 We thought it was important not to just relate the project to the installation of the window but to expand it to an educational arts, history and remembrance project for our 200 local children at Scampton C of E Primary School and Pollyplatt Community Primary School.

Many children have no concept of the sacrifices made by previous generations which enable them to live in a free and democratic country.

The children will design and make a glazed tile each which will represent their understanding of ‘remembrance’. The tiles will be joined together to make 6 framed collages one of which will be given to each school, The Dambusters Inn (village pub), RAF Scampton, The Royal Air Force Aerobatic Team (The Red Arrows) and Scampton Church.

The collages will be displayed at the VE75 Remembrance Service at Scampton Church on the 8th November 2020 and then again at The RAF Scampton Heritage Centre on 11th November 2020 (Remembrance Day) when all 200 children, staff, parents and carers will take part in a remembrance service in 617 squadron hanger. (Security clearance yet to be authorized` and subject to any further Covid restrictions).

Through this 'Fresh Expression' of Church this project will help ensure that the 200 children will be more aware of the ultimate sacrifice given by the 107 British, Canadian, Australian and New Zealand airmen buried in the Commonwealth War Graves in our churchyard. Also it is hoped that through the associated education and learning in making the remembrance tiles, based on thir understanding of 'remembrance', that this will help the children appreciate the democratic and free country in which they live.

We are grateful to Ray Bainborough, chairman of The Lincolnshire Lancaster Association, who will be our historic advisor during the schools remembrance project. We are pleased to support THE LINCOLNSHIRE LANCASTER ASSOCIATION in their work by promoting their raffle of a limited edition reproduction of Jane Blair's signed drawing entitled “BBMF”
It is number 5 of 100 and comes with a certificate of authenticity.
Raffle tickets go on sale 09:00 on the 1st of May 2020 and will run until 23:59 on the 31st May 2020. You can buy tickets HERE 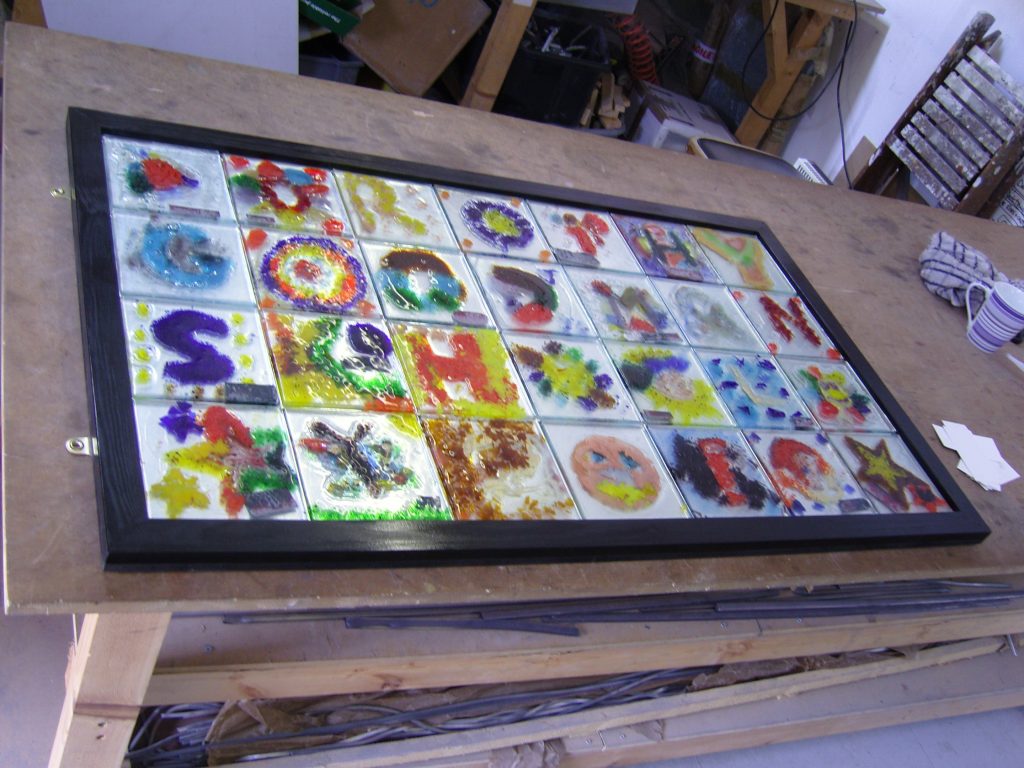 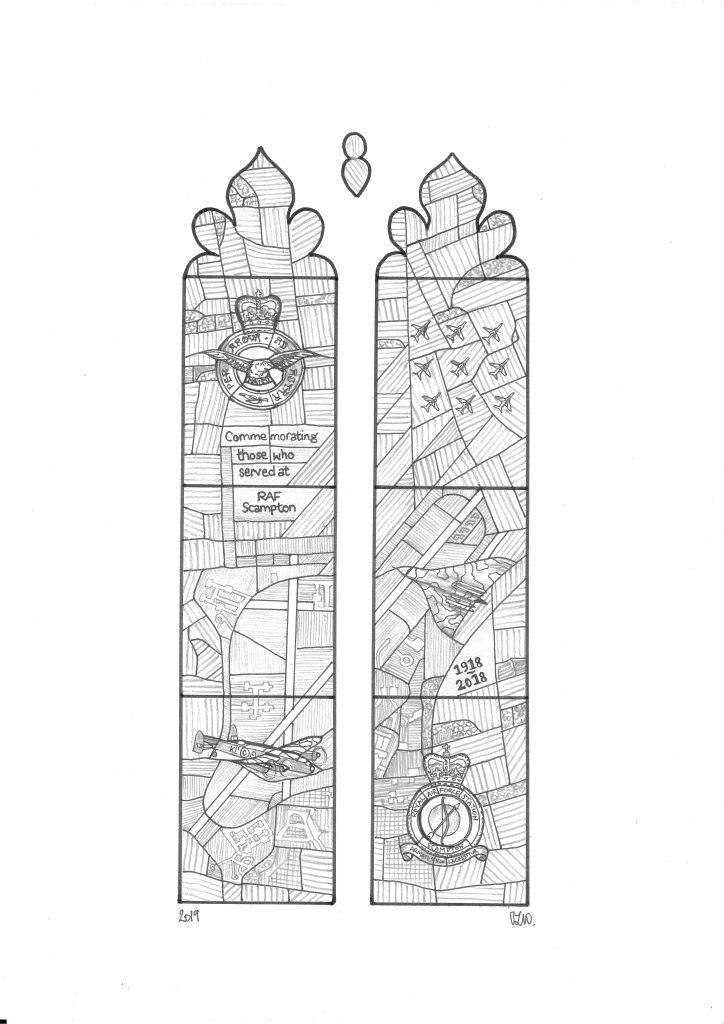 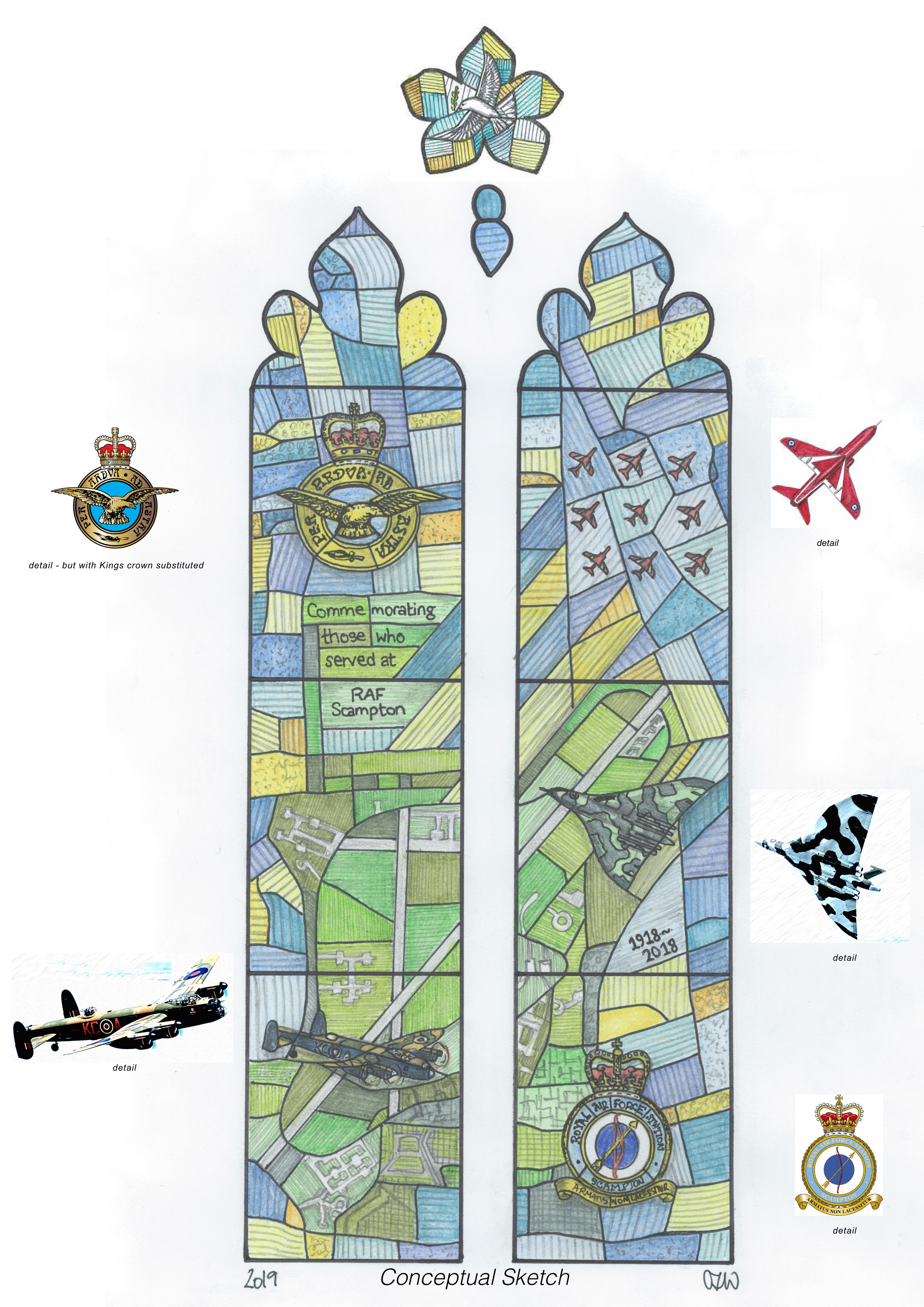 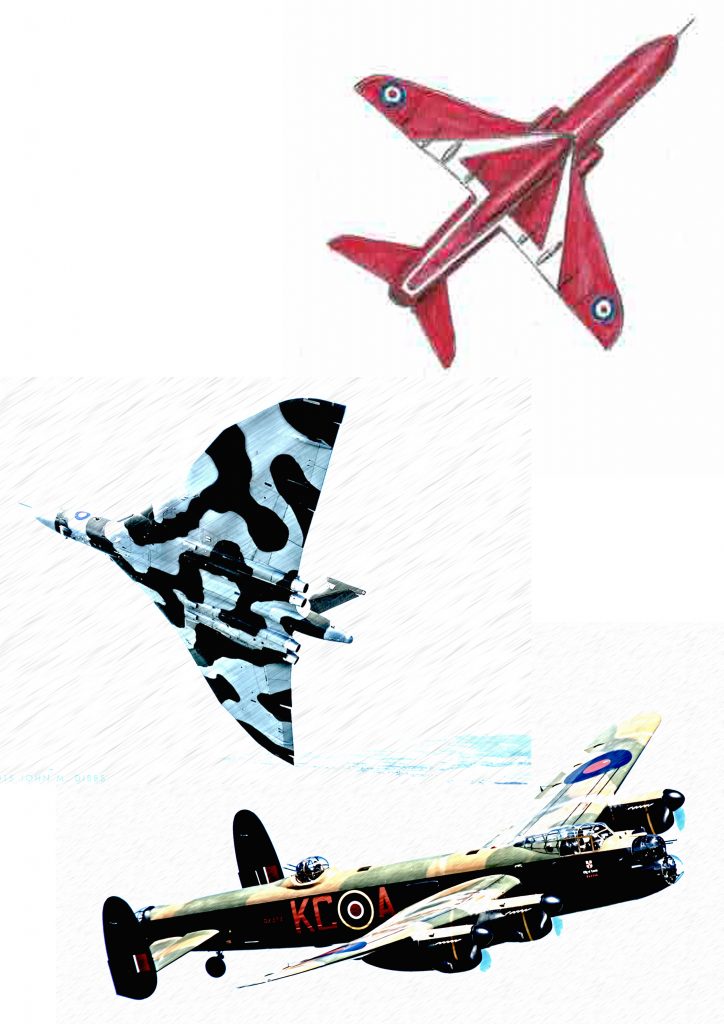 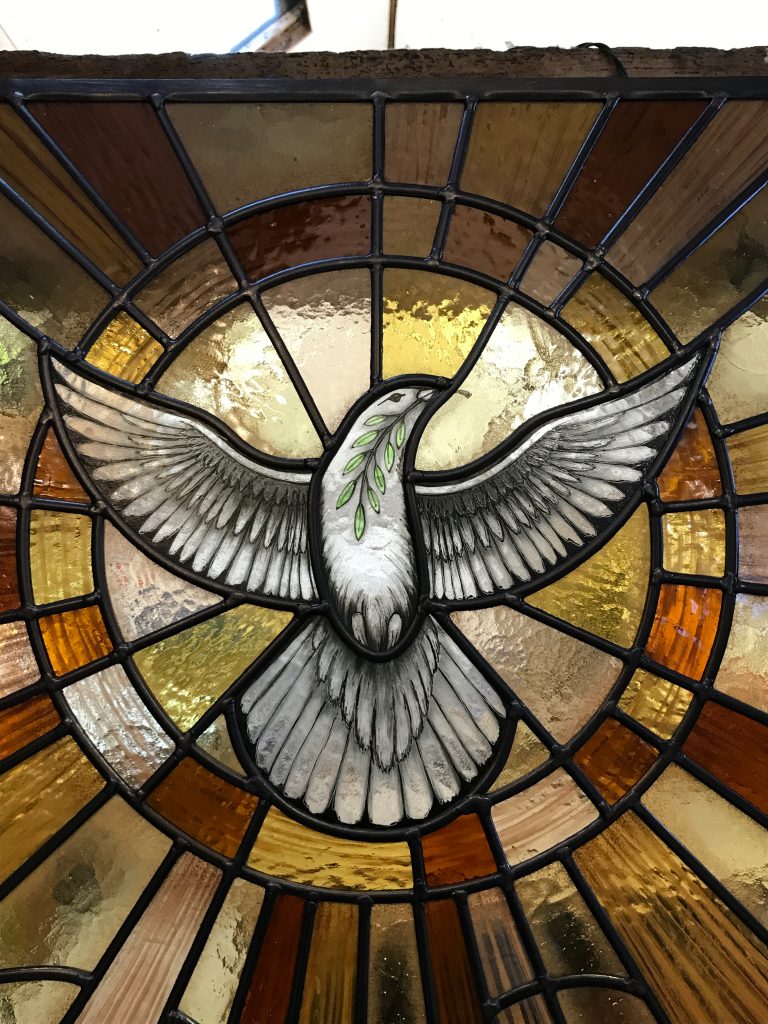 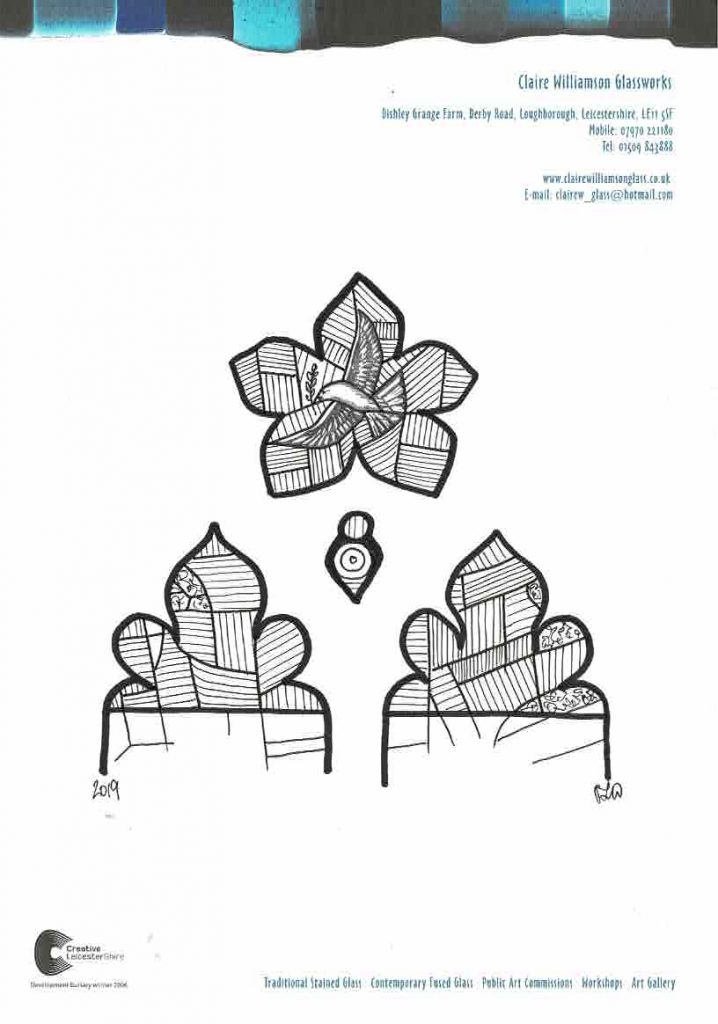 To sponsor and dedicate a piece of glass and have your dedication recorded in the leather bound commemorative book which will sit on an oak shelf beneath the window email: rafwindow@scamptonchurch.org

(We reserve the right to withdraw or refuse a sponsorship if we believe the sponsorship is for political acclaim.)

The following are images of a mockup design for the leather-bound sponsors book which will be displayed underneath the window.

The target funding for the complete project is £23,927, and all donations are red circled to ensure continuity of funds towards said target. If the funding does not meet the target, the design of the window will be reduced accordingly. This may result in a vastly scaled down version of the artwork, simply featuring the aircraft on panels of plain glass. We would also need to make cuts to the children's art and remembrance scheme. In the event of the campaign exceeding the target, be assured that funds will be put towards re-ordering the building to create a Community Church and RAF Heritage and Commonwealth War Graves Centre, at Scampton church.