A season of invitation

Following Sues ordination and her vision of doubling the congregation in her first year, the start of our long term reordering of the church building did not help. The builders moved in during the Spring and moved out in the Autumn so, with a view to achieving her 2016 congregational vision, the Autumn of 2016 marked the start of our season of invitation.

The Anglican church's 'A Season of Invitation' began as ‘Back to Church Sunday’ in 2004, which was an annual opportunity for churches across the UK and abroad to invite people to come with them to church.

Ten years on, Scampton Church expanded 'Back to church Sunday' into a new 'season of invitation', moving from one invitational service to four. Here are the four we chose:

Scroll down and see how we got on... 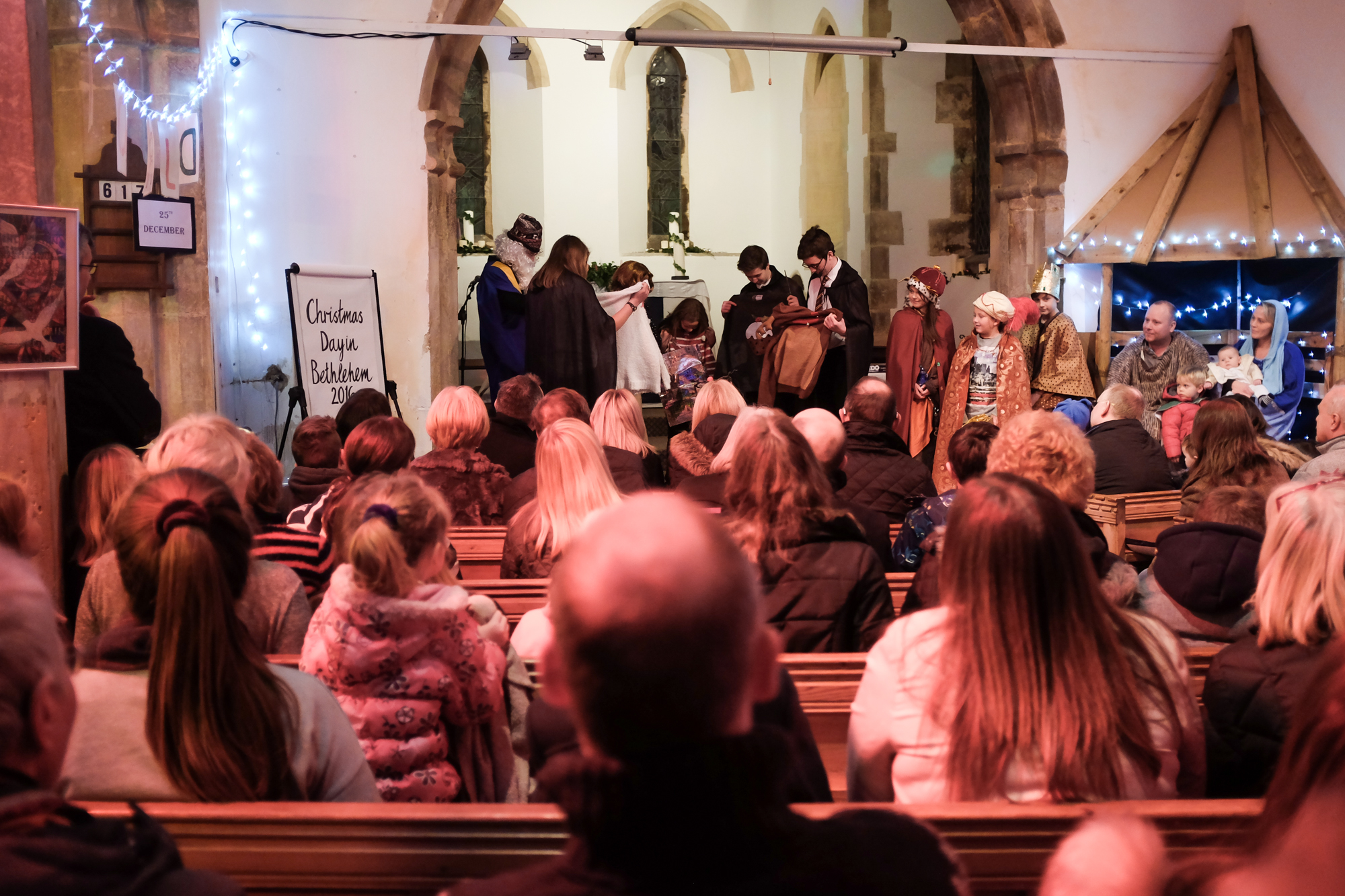 My grandson was telling me about his huge Christmas list which could potentially double ToysRUs profits. He asked whether I had made a list. Yes, I said but mine is a ‘mothers’ list. What size turkey will I need? Shall I risk an on line shopping list to arrive on Christmas Eve? When can I change all the bedding for my visitors? At least one is gluten free so I’ll have to find out what they can eat. Organising food from Christmas Eve till 27th for 8 adults and 4 picky children - help !

Then I say to myself WAIT - STOP! Is this what Christmas is all about?

No! Christmas is about the birth of the Son of God who was born to be a demonstration of God’s love for us all, and to give rest to those who are tired out!

I wish you all a restful and Happy Christmas

This Christmas message from Sue summed up the hectic and busy time which surrounded the fourth invitation in our 'season of invitation'. Some ups and downs though as Christingle, and the Christmas Eve 'Harry Potter' themed nativity play were well supported, the candlelit carol service maybe not so! A real shame as the evening managed to attain the difficult balance between a relaxed but worshipful evening of traditional readings and carols, and an entertaining and humorous event.

The third invitation in our 'season of invitation' started with a message from John Beavan, the head teacher at Scamptons' Pollyplatt Community Junior School reading....

We've had an idea about Remembrance Day, and were wondering if we could erect a temporary structure coming out of the porch of the church which would house lots of poppies. Together with an artist, all of the children of the two schools and local nursery would construct the poppies that would then be put in an archway structure that would come out of the porch and down the path. The children of both schools would come to the church to hold an outdoor act of remembrance, hopefully with a representative of the church to lead the short service. The RAF Scampton base is keen to take part in the project and would like to attend too and are providing a hanger for the artist to work with the children. The idea is that we make enough poppies to represent everyone who has died during conflicts since World War 1. There would also be some larger poppies that would be on tent pegs that could be stuck in the ground one for each war grave.

We are also hoping to create  flags - one for each school and one for the RAF base. It was thought that these could be placed at the start of the poppy arch.

What do you think? Is this a non-starter? 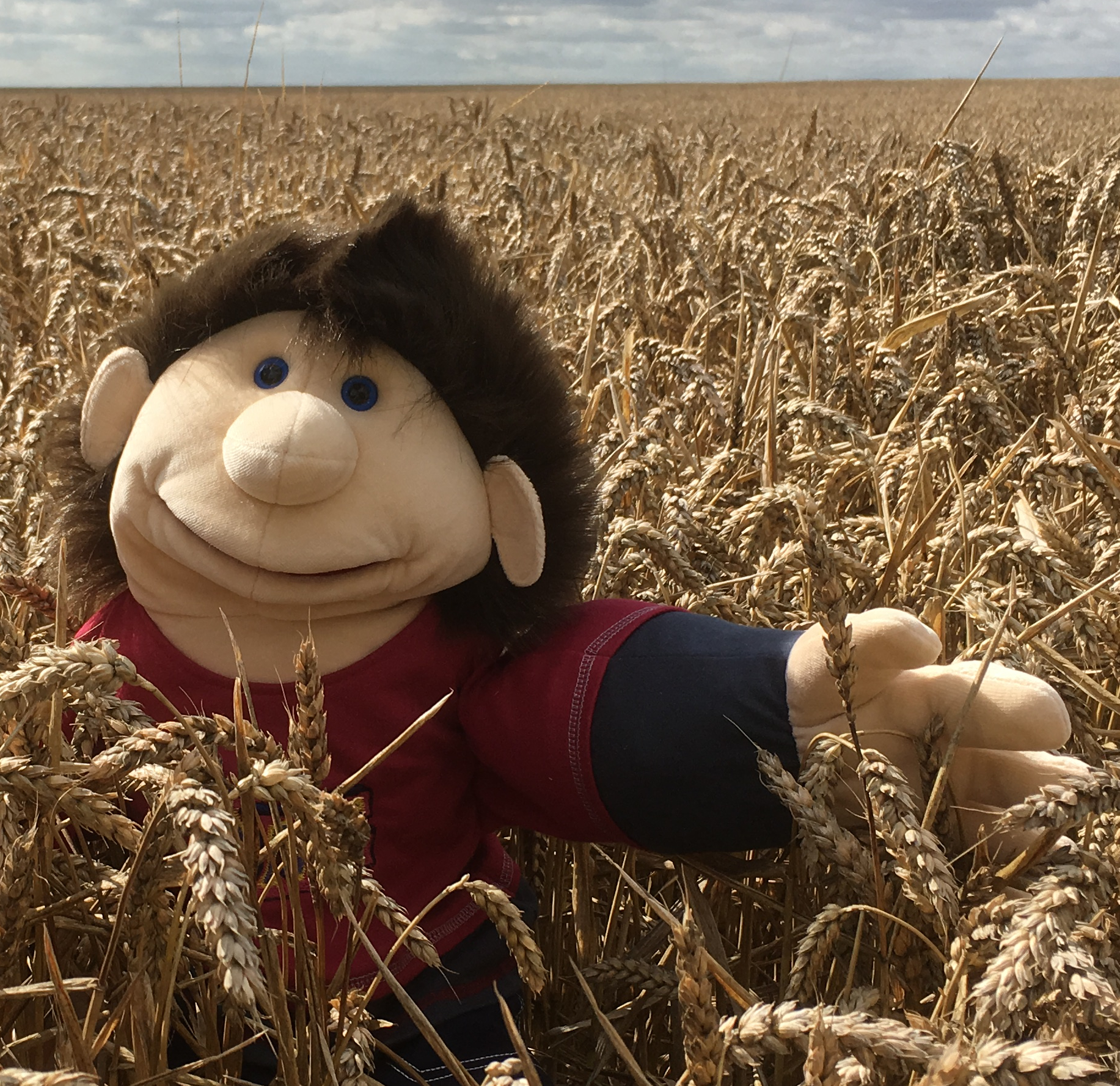 Pete in the wheat!

Our second event in the 'season of invitation was our Harvest Festival, and 300 invitations were posted through doors in the community. Scampton Church, Playmates Nursery, and the two village junior schools, joined together in an effort to generate as much food as possible for the Lincoln Community Larder, who provide basic food for people in crisis. Well done to everyone who donated as the chancel of the church was filled with tins of fruit, rice pudding, tuna, meats, peas, carrots, sweetcorn, tomatoes, breakfast cereal, instant coffee, jam, pasta sauces and lots more.

Thanks to Tina James at Lincoln Community Larder for coming along and explaining where all the food was going and also for organising its collection .

"Taking the five loaves and two fish, and looking up to Heaven, he gave thanks and broke the loaves, and he gave them to the people. Matthew 14, verse 18".

Also - Well done John Beverley for putting up with Pete the Puppet during the service!

From Spring through the Summer the church building and churchyard became a building site and was looking a little sad with scaffolding, builders sheds, cement mixers, skips, and a scattering of broken roof tiles. Frustration and anxiety grew as wedding days loomed and the scaffolding remained!

Then in early September the new North aisle roof was completed and the big clean up began. The first 300 invitations for the start of the 'season of invitation' went out, and the church was filled for the visit of David Court Bishop of Grimsby. Pete the puppet interviewed David and Pete thought that Davids talk on 'The lost sheep' was great. He loved all of the 'Ooh Arrrs', 'Baaaa's', and Hurrays!

Oh - so caught up in the lost sheep story - forgot the reason for Davids visit - to bless the new roof. Thanks David. 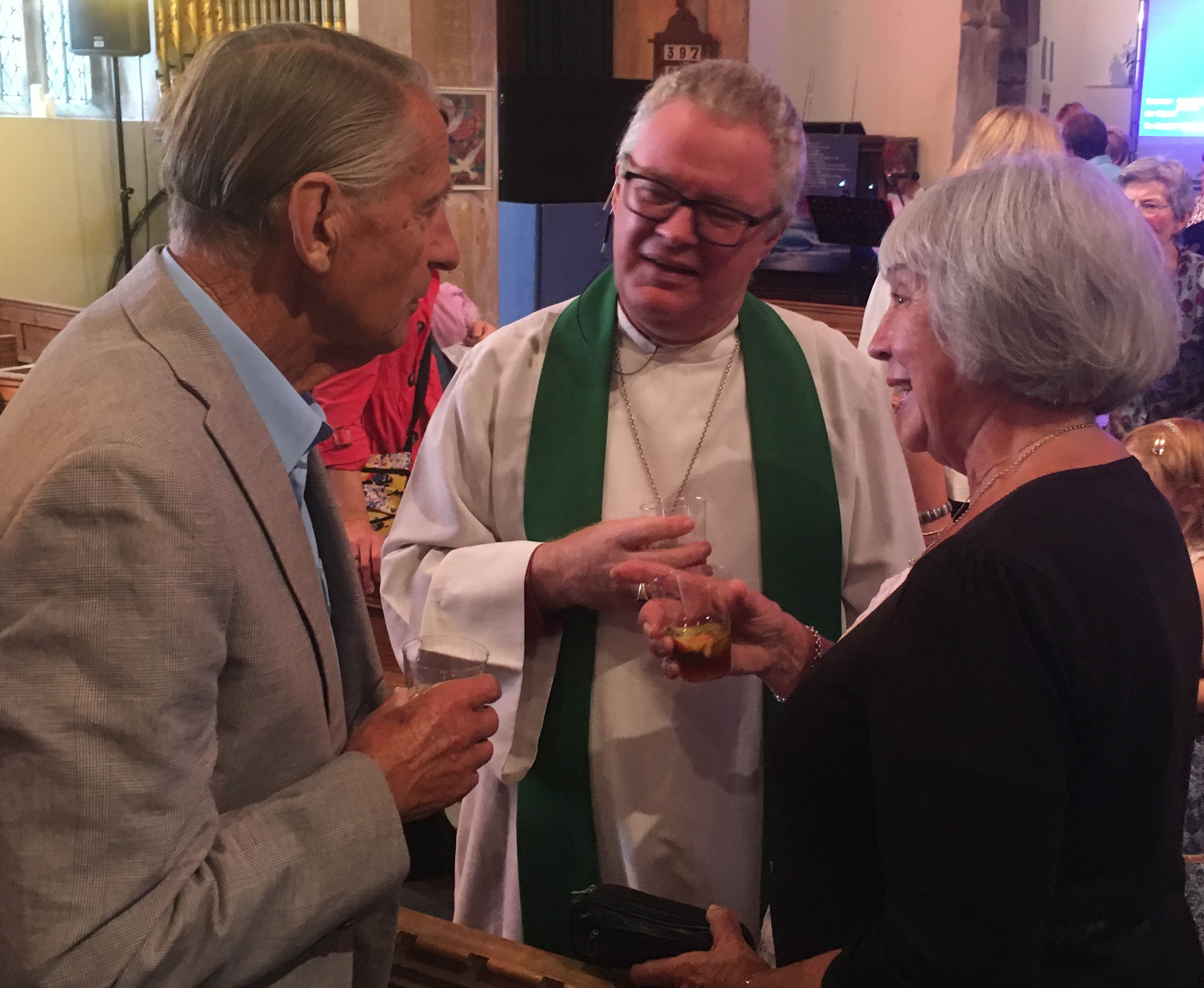